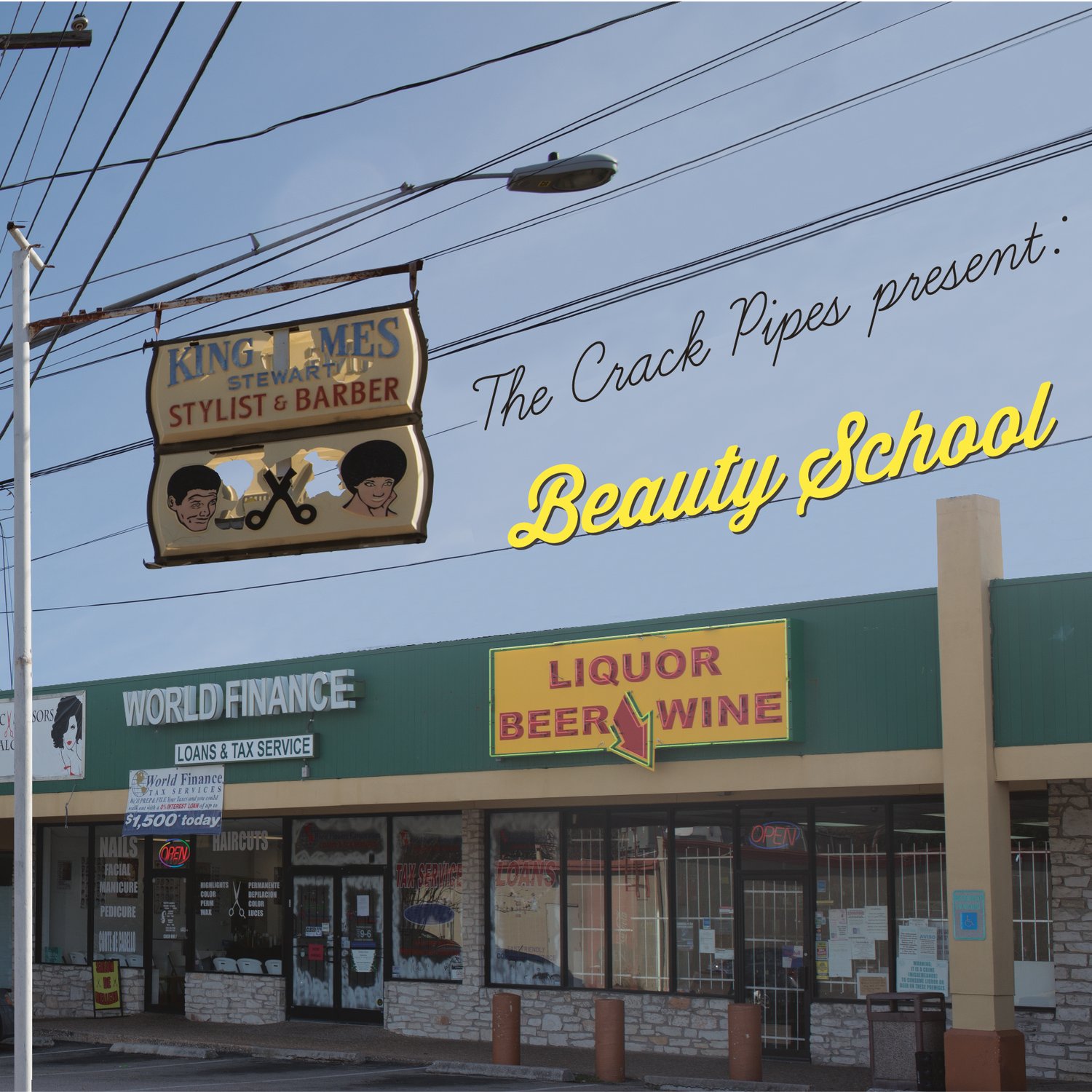 Beauty School was the third full length release of Austin garage soul band The Crack Pipes and their second release on local Austin label Emperor Jones (ran by Craig Stewart). The band looked at this project as a moment to grow beyond their early 2000s garage roots and explore both more pop arrangements and experimental pieces. It is a loose concept record opening with the title track “Beauty School” which puts forward the concept that one has to teach themselves to find the beauty in a world filled with ugliness. The album ends with an instrumental reprise and birdsong. 12 years later, many of the issues touched upon still seem as relevant as ever from war and poverty in “Q & A” to racial strife in “Greensboro”, but the messages of hope and love are also still relevant if not timeless.

Now, for the first time ever, Beauty School is being made available as a 2xLP record, on heavy 180 gram vinyl. It features new cover art and has been meticulously remastered by the original audio master engineer, Jerry Tubb of Terra Nova Mastering. The original recording took place in 2004 at the first Sweatbox Studio in downtown Austin, engineered by Mike Vasquez. The sessions were produced by The Crack Pipes and Chad Nichols.